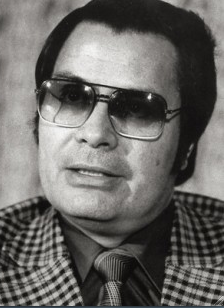 It is tragic when the Church is confronted with failure in leadership. Moral failure always seems to be ever present unfortunately, but there is a far more sinister kind of potential failure that is far less identifiable. That is because this failure in leadership can be masked with a spiritual lingo and pious appearance and often goes unidentified by many believers.

The Church has been entrusted by God with the sharing of the gospel and His message of redemption with this fallen world. In the doing of it however, there can be a shift of emphasis by those in leadership that disallows the authority of the gospel itself, and the authority that goes with the Holy Spirit's gifting of all the members of Body of Christ for it's life on earth as well.

The result is a system of spiritual abuse set up that effectively makes for an idol out of some leaders and robs the Holy Spirit of His unique place of direction giving in the life of the Church.

There have been cases of this in our history where that kind of idolatry has led to terrible consequences of the nature and magnitude represented by the picture on the left that accompanies this post.

There are lesser scenarios of course, but these may have destructive effects of abuse as well, just not as noticeable as the ones that make headlines. But lives are damaged and the cause of Christ suffers nonetheless. This would be those situations where a twisted kind of theology places authority in the hands of sinister people who are weak leaders but hide it with the afore mentioned spiritual lingo and pious appearance. Such people will use verses out of context and after a mis-interpretation, those verses are misapplied to gain the follow-ship of duped individuals. This creates followers of men instead of followers of God.

When this kind of crisis is found present in leadership, it is imperative the congregation not abandon the truth of righteousness and holiness in the face of a defensive or adversarial heart in that leader when confronted. And such leaders will be defensive and adversarial. It is much as physical abuse in that the abuser is able to get the abused to believe they'll be doing something wrong to resist. But careful, loving, graceful, scriptural confrontation there must be.

If any leader fails to respond in confession and repentance when confronted over such spiritual abuse, in truth and love by the body, believers are to hold firm to that Kingdom principle of speaking the truth in love regardless. Abusive, false authority must not go unchallenged as it is idolatry in the first degree.

Yet in the face of authentic humility by a leader who might repent, there is also to be a response with a Kingdom mind of grace and justice that allows the effects of confession and repentance to bear the fruit of health and wholeness to the glory of God. This is a serious and sad kind of situation, but face it we must. Spiritual abuse must not stand any more than any other kind of abuse.

Here are ten signals that failing, sinister [singularly bad or capable of destructiveness] Christian leaders give off which should give all believers pause and about which they should be keenly aware and wary. When found present these can ultimately lead to what has been described above. I call them the nine "if" questions.

(1) If there emerges an organization built around a person and their peculiar emphases instead of being built around Christ and His Word bringing healthiness to His Body, the Church.

(2) If the claim is made of a direct authority from God rather than there being a desire for and an encouragement of the testing of things by the Word of God, by the entire body of people being served.

(3) If a gift or ability is exploited so others are made to feel totally dependent on the one exercising it.

(4) If there is a demand presented that says, "submit to me," rather than "I will serve you." This is the antithesis of biblical leadership.

(5) If there is the revealing of a spirit characterized by a dominating, pushy drive to control, instead of a personal dependence on God to direct.

(6) If the method of leadership is one that orders people around with decisions made in secret, rather than to appeal for them to help investigate what the right thing to do might be on issues.

(7) If there is an unapproachability and intimidation kind of "aura" around the leader that keeps the followers in "awe" of that leader.

(8) If there is an inflexibility and an unwillingness to be questioned shown by demands like "don't question me" - "don't touch the Lord's anointed."

(9) If there is more concern for maintaining the authoritarian structure than there is for caring about the people in the body.

May God grant us all, male and female, young and old, as members of His body, where ever we worship and serve locally, a gracious body where the Holy Spirit is able to anoint and give gifts to people who will be looked to as leaders in whatever area they are gifted so that our true authority, the Lord Jesus Christ, the Head of the Church, will be able to effect His life through us all as we share the gospel with all peoples everywhere.

Pages could be written in response to this necessary article. Thank you.

As you say, "This is a serious and sad kind of situation, but face it we must. Spiritual abuse must not stand any more than any other kind of abuse."

I'm glad you used the term "spiritual abuse", which it is,and which covers a much wider array of wrong than adultery. This abuse,I have not the slightest doubt, is a result of the "one man band" which has traditionally been ensconced in the church scene. It is my firm belief, that when those claiming to be members of the Family of God, learn to recognize the leadership of their ONE Pastor, Jesus Christ, and become responsible "ministers" of God's grace, ministering to "one another" as Scripture teaches, we will find most of the tragedy you mention disappear.

On the other hand, a personal experience, and that of my dearest Aussie friend,also named Paul,who was recognized as a skilled teacher, and preacher,long time "pastor", later proven to be falsely accused, would cause me to wonder how many of the charges hitting the news media, are the work of a sinner seeking to use an accusation as a weapon of response to something they perceive as an insult of some kind?

What choice has a person so charged, but to resign? As both I, and my dear friend discovered, there is no way to prove otherwise! His/her word against hers/his.


The congregational guru approach to church leadership, which you featured in your blog in December,"A PASTOR'S NEW YEAR RESOLUTION ABOUT PEDESTALS" is a large part of the problem, which most congregations have no idea is as far from Biblical as is possible to be, and places responsibility, which ought to be shared by the many, onto the shoulders of the one. A burden no one human being is designed to bear!

As with the scale of Justice, there is what is put on the one side, which I've done in lengthy fashion, but there is ALWAYS the other side that is seldom, maybe never, empty, which you have wonderfully filled with your comment.

My wish would be that both sides never be forgotten or overlooked and while truth must be known, what is NOT true must be admitted as well, for the sake of the real truth.

You have given us a word " the wise" to those who need "to be wise," and thank you for it.

Thank you, Paul, for the list of signals to watch for in church leaders. While reading it, I was struck with the very sad state of our churches when such a list becomes necessary.

It is sad indeed,

By the way, I'm needing to say, and you probably have already caught it, that the words pastor and elder are not mentioned a single time in this post.

That's NOT because they are not intended to be seen here, but I'm taking leadership far beyond a single person or type ministry to all members serving in any fashion that gives leadership to any degree.

Control and despotism in ministry can be pastors, elders, teachers, group leaders, committee members, and a host of other types of leaders.

My warning is to any and all people or positions that would rob others of hearing the Lord, having say in issues, and weighing scriptures and their meaning for themselves.

The more common may be Pastors/Elders, that's true, but the common problem may be broader.

You, Victorious, as I said, probably see that more quickly than do some others I'm thinking.