RESCUING PEOPLE WHO DON’T WANT TO BE RESCUED 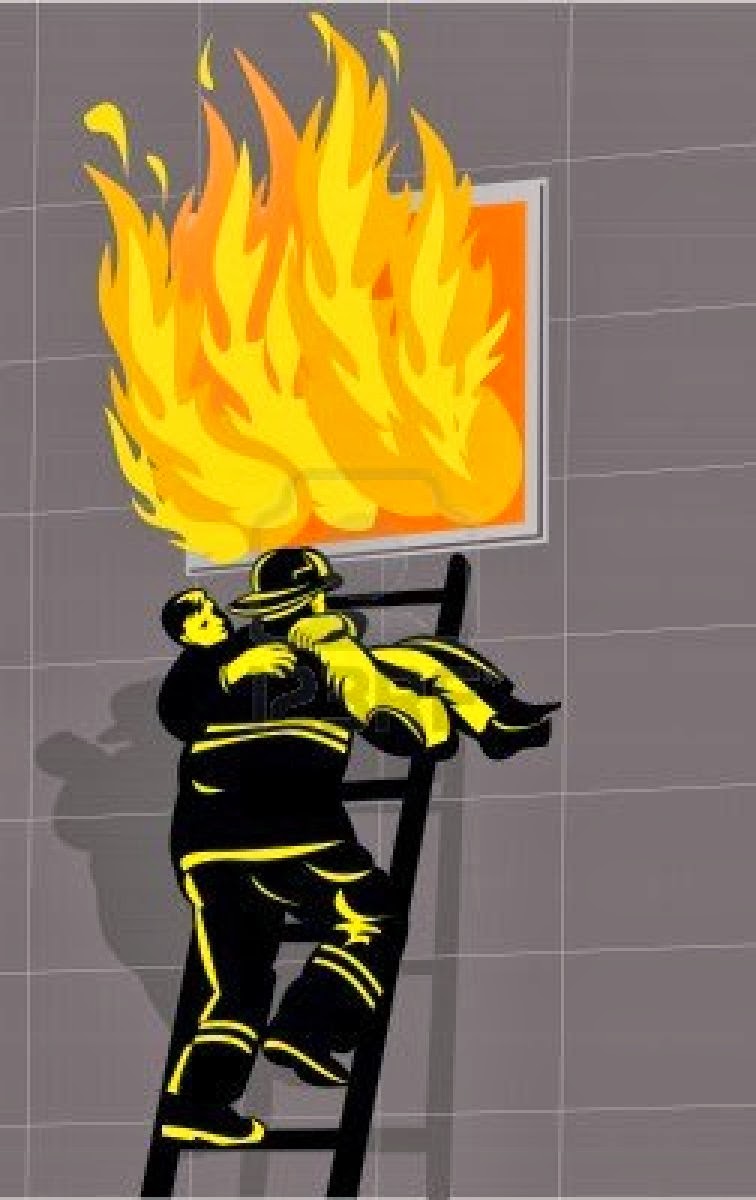 I heard it again recently. It was said this way, "Would you use your nice, polite, positive voice when your neighbor's home is burning down? IMO our world is burning down & the time left to rescue most of them is short & growing shorter."

I cannot count the number of times I've heard this used as a reason [excuse] for being what I consider unreasonable, if not disrespectful, in actions, attitude, and tone when dealing with lost people. [They call it tough love.]

I do not question the heart of some of those who say it, In fact, I know some very well who do say it and love their zeal for witnessing. [The Westboro group notwithstanding.] And I totally agree with the idea that the time for rescue is short and growing shorter.

But I'm also convinced that if Christians are not careful, with a thoughtless kind of zeal we can do great damage when sharing the good news of the gospel. Let me explain why I believe this.

Please remember when using the analogy of a house being on fire, because it can be forgotten, that we are trying to rescue people who DON'T BELIEVE the house IS on fire and tend to NOT LISTEN to someone who uses frantic, loud, forceful, hateful, disrespectful tactics to try to force them TO ADMIT it is on fire and be willing to escape it.

In fact, they may reject any offers of help BECAUSE of those very antics.


Much as a little child who is in danger may often draw back and even hide from that kind of confrontation, and remember where Kingdom things are concerned we're all children to a degree, just so many people we are trying to help may back away until they are convinced that we are not the enemy or out to hurt them. It is exactly that response to the gospel that I believe we can unintentionally create with a disrespectful, pushy, kind of presentation of our message of Christ.

The very people who face a horrible fate that we say we want to rescue them from may refuse to listen and may even withdraw back into the danger zone, if the presence of a caring and loving person is not seen handling the gospel.

[No one is doubting that it is only the Holy Spirit who can bring about a willingness to receive the gospel, but may we NEVER excuse bad behavior because of our sovereignty of God doctrine.]

This was one of the things so wonderfully strange about Jesus.

His ability to never be seen as demanding or forcing upon people decisions that He thought were needed was part of what made Him different. [Think Rich Young Ruler.] He walked in and out of sinner's lives with nothing but the kind of actions that expressed love. No one knew and cared more for the desired end result of a relationship with people needing deliverance than did He. And, He was ALWAYS honest with them, but it was always "with them."  He was "with" the harlot. He was "with" the thieving tax-collector. He was "with" the drunkard and wine-bibbers.

Somehow He didn't register on the scale of demanding, anger, judgment, fear that they wouldn’t get it, or any other disturbing kind of emotional description. To them He registered as an earthquake on the scale of love, and they knew His love was real because He was "with" them, though He wasn't "of" them, and He wasn’t shouting at them them so they would know the seriousness of their situation.

This is why I believe it is the announcement of the goodness of God in the gospel by people who are real in their demonstration of love and respect, leaving the results in the hands of the Holy Spirit, that really does work repentance in hearers, and not the fearful and loud tactics of supposed rescuers.

Let's do remember that time is short. So, redeeming that time with real relationships and the sharing of the gospel is essential for this fallen world. But let's be sure and be Christ-like about it all.

Once again Paul a timely and spot on blog. The scripture is very clear about our demeanor when sharing the gospel (1 Peter 3:15) No one is argued into heaven even though we should pray for those we meet that would be prospects and not suspects. But as you well stated when we go with a mindset of tenacity that the salvation will happen because of our presentation then we have missed the point of sharing the gospel. We need a mindset of "the victory is in the going and the results are up to God" then we are taken out of the picture except for being a proper and graceful picture of the One who actually saves. We should be prepared in context but focused on grace in presentation. Thank you brother. Hope you are staying warm in Norman.

We evangelicals in Australia, have been taught from my youth (that's a long time ago),to be the sellers of a product, which I'm afraid has birthed several generations of high pressure salesmen.

Now, we are wondering why, our churches are full of people who have no real personal sense of who Jesus Christ is, or, what His life, death, and resurrection represents.

I have witnessed some of these "well trained" salesmen vehemently insulting a "prospect" for not being hooked by the techniques used.

My sincere agreement with your whole article, especially the last two paragraphs.

"Thank you" to all three of you.

I hope I'm not making too much about a small thing, but as I said in the post, I don't really think it is small.

I'm convinced that the issue really is "respect" and that has been lost somewhere along the way it seems to me. I'm trusting the few words I've said will help. Again, thanks for your comments.

Oh how I love this post! I hear all the time that we're "loving them right into hell" if I mention tone, attitude, and love.

Jesus offered positive benefits? of a relationship with Him; freedom from worry; abundant life; nourishment (bread of life); and a thirst that would be quenched by living water and last but not least...someone who cared enough to wipe the slate clean to assure their eternal joy.

Instead, we tell them about hell and "OH...here's the "rule book."

Thanks for reminding us of the kinder, more sensitive way to share the Good News!