LOVING ALL KINDS OF PEOPLE THE KINGDOM WAY 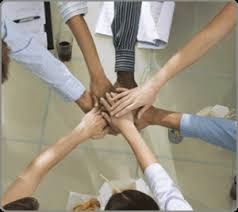 I've NEVER attempted to counsel people who are guilty of sexual sins in the pastoral counseling I've done, and I've done a ton of it, without my being willing to say, at the appropriate time and in the appropriate manner, that I view their action as a sinful action. That's truth, at least for me, about ALL sexual activity outside of marriage which I believe to be between a man and a woman in a covenant type of relationship. Anything other than this is missing the mark which is the biblical definition of sin as I understand scripture. That's what I believe.

But what I've ALSO found to be true is that people whom I counsel that are guilty of what I may call sexual sins don't need me to convince them of my view of their behavior BEFORE I love them as persons with MORE THAN WORDS. What  they need is for me to be open to THEM emotionally, graciously, and embracing THEM as a person worth respecting.

Now reread the opening sentence of the first paragraph if you will and notice the operative word, "appropriate."

I'm convinced that they, maybe homosexuals more than others, need someone to give respectful acceptance of their personhood which, if my personal observation is correct, they DON'T find in many Christians. So most of them wind up questioning the genuineness of Christians and Christianity totally. That's because their personhood has been violated for such a long time by some so-called Christians who have obviously been more concerned with condemning a certain kind of behavior than they have been in expressing love to them as a person.

Unfortunately, those same so-called Christians exhibit a double standard by NOT demonstrating that condemning attitude of toward fornicators, adulterers, gluttons, drug addicts, alcoholics or even the worse kind of people which is those filled with PRIDE over the fact they HAVEN'T committed ANY of those kinds of things.

I believe it to be essential for a Christian to respectfully accept the personhood of people guilty of ALL MANNER of "missing the mark" behavior in ALL categories by seeing ALL as sinners, including themselves, and as being created in the image of God originally, albeit fallen now, and objects of our love and not our wrath. I can do THAT without violating my personal view of their actions at all. So I think I'll leave wrath against their personhood to God Who, were it ever to be expressed, will always express it lovingly. That's Who He is.

If someone says to me, "But Paul, homosexuals DEFINE themselves by their homosexuality and expect us to do so as well by demanding that we not call it wrong behavior." My answer is I don't generally do what people expect of me, even the expectations of those so-called Christians who expect me to show my disdain toward homosexuals because of their activity. But I DO want to act on the basis of what I believe to be the Kingdom principle of REAL relationships.

That Kingdom principle is basically treating and viewing ANY person as an image reflector of God and object of my love, but more importantly, HIS love. That principle includes mutual respect, love and forgiveness. In other words, treating THEM as I'M being treated by the Father because I'm "IN CHRIST."  Because I'm a Kingdom kid, the expectation someone might have of me is never to rise above the Kingdom expectation of my loving and accepting people where they are, not based on behavior, PERIOD. Otherwise, loving even our enemies, which we're commanded to do, would not be possible.

Things like gender, race, ethnic group, age, one holding a differing opinion of theology than mine or any defined behavior found in categories like homosexuality or heterosexuality, simply DO NOT define any person to me as a Kingdom kid. That just isn't the way of Kingdom living. Loving people where they are is the Kingdom way.

A ZEAL FOR THE IDEAL 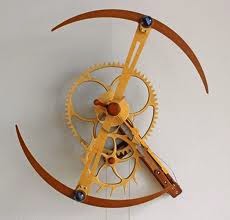 There is a great danger created by those who have a zeal for the ideal in whatever venue that zeal shows itself. Take for example the Church. There are those who would try to bring into reality, in the here and now, what some would call "The Ideal Church." This Ideal Church would, of course, be made up of Ideal Christians, whether that idealism is stated in terms like true masculinity, purity of doctrine, everyone tithing, all being regular attenders, all having marriage vows that have never been broken, or a host of other concepts that are used to describe the ideal. It is expected, of course, that the constituency reach that pinnacle of idealism and only then can they be counted as genuine.  So, "what's the problem?" you ask!

Apart from it being historically proven that such utopianism in thinking tends to create tyrannical leadership gripped by a specific ideologue that they believe to be "THE TRUTH" which they fully understand [and few others do] and their "TRUTH" is used, all too often, to control the members of that particular group... no problem at all.

Except that the scriptures seem to indicate something totally different than that kind of idealism. You can't read passages like 1 Corinthians 12:22-27 and come away with a concept that the ideal spoken of by the above mentioned utopian thinkers will be found in reality in the Church today or was ever intended to be. It may very well be that the ability to lovingly, with grace, RELATE to those who ARE broken and flawed in some fashion and ARE far less than ANY ideal relating to humankind, is more what God is about in growing the Church today than many seem to understand.

The Church is NOT in the consummation stage at present. It's still in the construction stage and things tend to get dirty, broken, sweaty and painful often times in the construction of anything worthwhile. Besides, the people being redeemed and brought in by the Holy Spirit completely baptized [identified] by Him into the ever growing Body of Christ called the Church are people that ARE broken, dirty and in need of a whole lot.

Someone has said that we all are on a continuum of His construction in grace anyway.  [Consisting of a sequence of variations] Think of a line starting with 0 and continuing to the end seen as 10. Some are just past the starting point 0, some are well past 0, some are very close to 8 or 9, but no one is at 10 and no one is at the same point as some or all others. But your point on the continuum does not measure your spirituality. It only measures your experience and understanding of the relational grace you live in with the God of Grace. The EVIDENCE you are AWARE of what true grace IS may very well be your ability and willingness to bestow grace rather than judgment upon people REGARDLESS of their place on the continuum.

I recently read a blog written to show that no one should be surprised when non-believers dislike us as believers. It went on to point out the danger some mega-church pastors face in the watering down of the teaching of the gospel and even some standards of behavior in the scriptures because of a desire that non-believers not be offended and thus closed to the gospel or refuse to come to their church services.

The comment section of that blog also spoke about Christians who often disagree with the teaching being done and the problems it can cause. I didn't comment on that blog. But if I had, here's what I would have wanted to say.

I believe that I, as a preacher or pastor, am NOT to compromise or water down the gospel at all. It is by its own nature offensive to the lost. Nor am I to alter out of any kind of fear what I see or believe is being said in any biblical passage when I speak or teach on that passage.

But, I AM to be careful to do two things. One is to remember that I am just as human as my audience and can err in my conclusions about revealed truth on occasion. Two is to remember is that whatever truth I think I'm delivering is to be delivered in a loving and gracious way, without shaming or condemning those who might differ with me.

If some Christian does disagree with me about what I'm teaching and talks to me about it afterward, I would want to listen to that person and clarify if possible what I'm saying, all the while checking the validity my own conclusion. Then if that person still takes issue with what I believe I can and will need to learn to live with that difference. They're not my servant after all!

Further, if some non-believer gets annoyed or even offended at a standard of behavior I hold to and am teaching, that is an issue between their conscience and God with any eternal ramifications out of my hands entirely. My responsibility is to love them where they are.  Only the Holy Spirit can convict or convince someone of truth. That convicting or even convincing job is not mine to do.

But, for me to be offended, much less shocked, by either a disagreeing Christian or an offended non-believer, or even surprised by either, is a little silly, if not a bit naive. And, for me to COMDEMN either of them is just wrong and for me to get ANGRY at either is beyond the pale.

Finally, whether someone chooses to agree or disagree, returns to another service of the fellowship I'm pastoring [remember that I am, in fact, no longer pastoring] or does not return, likes me or chooses to despise me, while not unimportant to be sure, is FAR DOWN on the list of concerns I might have when I stand to preach or teach the truth as I see it as the pastor of a fellowship.

It seems fairly simple to me. Am I missing something here?