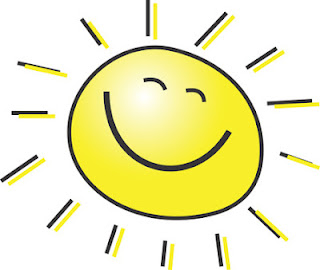 Summertime is famous for TV reruns. Why not for blogs? What follows for the next four posts are some of my favorites as a 2012 summer re-run series. Here's the first of four...


Things to remember as you read what I'm going to say about boundaries in human relationships.

One...I believe the bible is the inspired, infallible, inerrant Word of God in its original manuscripts, and means what it means even when it gives statements whether recorded as from the devil, opinions of its writers, strange facts relating to early biblical cultures, or speaks on any issue which it addresses. All of it is accepted by me as God's Word given to me primarily for life and as the revelation about the One who is Himself, the Way, the Truth, and the life, and the final revelation of God.

Two...I'm theologically conservative and yet have found that I agree completely and totally with NO single theologian I've read or studied, living or dead. I fully expect this to be true for the rest of my journey. I'm also continuing to discover how I sometimes mistakenly interpreted the text concerning some of the non-salvific issues found in scripture. Those early interpretations of certain texts had to be adjusted later in my bible study journey as I restudied those texts and this too will continue I'm sure.

Three...While theologically sound in many ways, I'm convinced that most Southern Baptists are woefully ignorant of relational principles that are essential for building good human relationships and are, therefore, basically lacking in good healthy human relationships.

You may be thinking, "Why the disclaimer?"

It is because sometimes people who talk or write about human relationship in terms of relational principles are thought of as being unbiblical in their approach, or worse, being anti-scriptural, talking in psychological mumbo-jumbo, heretical, and a host of other less than Christian labels that have been used. So, I've identified who I am and what I believe from the start. Now reread the four points previously written if you choose. They will make a little more sense perhaps.

All this because my next post is going to deal with the relational principle of boundaries which, when first heard by a Christian, may sound as if it is unchristian to the core. It did to me a few years ago. I couldn't reconcile it with my view of a Christian serving God and people. I certainly couldn't reconcile it with my view of a crucified self and the scriptures telling me to turn the other cheek and when compelled to go a mile...go the extra mile... by choice for crying out loud. Boundaries? I didn't think so.

But what brought about a different way of thinking was when I discovered that some of my ways of being a servant to others were  not really ways of loving THEM at all and were, in fact, doing great damage to them. I also discovered, much to my dismay, that some of the service I was doing as a Christian was actually for MYSELF and not for others as I tried to think or project. When I put that in my pipe and smoked it [not literally, just my metaphor for contemplation], I had to do some heavy evaluating about my life as a Christian and a follower of Jesus.

This last statement segues into my final thought.

It was when I discovered that Jesus had boundaries in His relationships with people that set me to thinking in a new way. Boy, was that an eye-opener. While the scriptures don't speak of boundaries specifically, I found that Jesus modeled such in His own life. He never seemed to make a choice that was because someone else had made a bad choice. His choices seemed to be genuinely independent of whatever someone else wanted or desired in the moment. He wasn't pressured into them. His motives for what He chose to do were higher than that and maybe even of a different kind than that.

So He was, it seemed to me, never a victim of circumstances. Even those that damaged Him. He was never at the mercy of the actions of other people. He never seemed to act out of desperation and never did something because if He didn't do SOMETHING, others might be hurt, suffer pain, or suffer some kind of discomfort. In other words, He was never seemed to be a victim. Yet He never seemed to NOT love or NOT care for others or NOT have the actual best interest of others at heart. Amazing!

His actions certainly seemed to me to be above the realm of having been done so He personally would not be the cause of others having an uncomfortable experience in life. His choices seemed to be determined by what, in fact, He saw as something the Father intended for Him. There was a greater something in view than being at the whim and mercy of others' plight. What was it about Him in human relationships? 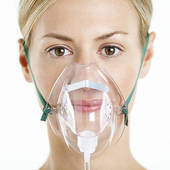 
In fact, it was His ability to evaluate life APART from others and their needs that aided His ability to bring real healthy life to others. Any frequent flyer will understand what I mean by that having heard the instructions of stewardesses many times. But few of us seem to understand it relationally.

Jesus did apparently understand it and what I saw and came to see about Him I will attempt to explain in this thing of boundaries. I will attempt to show how boundaries will help us in having REAL relationships in our marriage, family, with friends, and even in the Church. Those relationships will be characterized as graceful, respectful and healthy. Which may just be another way of saying Christlike.

I believe you have hit the nail on the head, and I agree that we all have learning and growing to do so no one will ever 100% agree with us on anything.

I've read some responses to the idea of Boundaries that have frankly irritated me because the writers have totally missed the point and judged Boundaries as just some quack psychology of which we Christians should be afraid.

Without getting into a debate about psychology, I would just say that as you have pointed out, Jesus had extremely clear boundaries, He didn't serve himself into exhaustion, rather he gave of himself freely.

I've had to learn the hard way and unlearn the lies I'd been taught about what selfishness looks like, etc. Looking forward to reading more!

What on earth are you doing?

I don't like being reminded of, well,the "yuk" of what you summarized so well:
"I discovered that some of my ways of being a servant to others were not really loving THEM at all and were, in fact, doing great damage to them. I also discovered, much to my dismay, that some of the service I was doing as a Christian was actually for MYSELF and not for others
............... I had to do some heavy evaluating about my life as a Christian and a follower of Jesus."

As I said, "Yuk! And to think that I had been entrusted to teach others! Something is wrong somewhere!

It seems that, at some time in your journey, you realized what it took me far too long to learn, that the experts who taught me, hadn't been taught by The Expert!

That was many years ago, yet I feel as if I've only just begun to be taught by Him, and I've so much more yet to learn!

You said this..".Jesus had extremely clear boundaries, He didn't serve himself into exhaustion, rather he gave of himself freely."

I believe that is the key to ALL I will eventually say. "Freely!" Until we are really "free" what we experience will not be of the Holy Spirit. Thanks for seeing PRECISELY what I'm talking about.

This, "the experts who taught me, hadn't been taught by The Expert." says it all.

I absolutely LOVE how you cut through STUFF and get to the core of things. LOL

Paul,
VERY INTERESTING!
I believe we ‘change’ our beliefs from time to time as we learn more of life’s game. I say “game” because as Paul said he had run the race.

Do you think Bible writers also changed their beliefs as they learned more in life?

I have in mind Peter arguing with God about NOT eating unclean food in his vision which led to him to see Gentiles received the Holy Spirit BEFORE they were baptized.

BUT the day Peter received the Holy Spirit he said:

“Each of you must repent of your sins and turn to God, and be baptized in the name of Jesus Christ for the forgiveness of your sins. THEN you will receive the gift of the Holy Spirit.” (Acts 2:38 NLT)

Many use this Scripture to teach a person MUST be baptized to be saved.

The Bible is much like a movie…it shows what was said and done …so Peter couldn’t go back and change his words in Acts 2:38 could he?

BTW, I won’t be blogging for a while since I’ll have a knee replacement tomorrow. Dr. said he would do only one knee since I’m 80 and have a pace maker, but will leave it up to the anesthesiologist to do both which is what I want. Hey! I swam 4 miles across the Sea of Galilee when I was 65.

On a personal note, I’ll bet I’ve done something on a motorcycle that you haven’t! Went to sleep. (Spent 3 months in a college hospital.)

My thoughts and prayers will be with you during this time.

I've been close to going to sleep on a motorcycle but learned better and now pull over, find a place and take a nap. I've done that MANY times.

Paul,
I've come to detest "STUFF", and tend to be quite impatient with it.

I can see no reason to continue filling young, very sincere, but impressionable believers minds with such "STUFF".

From childhood, until entering college, most of the boundaries I heard taught and understood, were of such "STUFF", boundaries of Law/works. These boundaries were obeyed by a believer's sheer personal effort to conform , to the boundaries set by the bounds of legal demand.

God's great grace in Christ sets in motion something of the Holy Spirit, thoughts and actions governed by unconditional love “In this the love of God was made manifest among us, that God sent his only Son into the world, so that we might live through him”. (1John_4:9 ) and this in 1John_4:12, “No one has ever seen God; if we love one another, God abides in us and his love is perfected in us”.

As usual, you said this..".policed by the spirit of fear"..and it triggered again for me an idea for a post.

I'm convinced that many people do not realize how being "policed by the spirit of fear" is so opposed to "following the Spirit of Grace." In fact, the former robs one of the latter. But the latter will always cast out the former were we willing to follow.