FELLOWSHIPPING WHILE DISAGREEING OVER SOME THINGS IS POSSIBLE 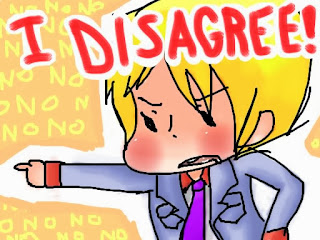 No one will ever find a fellowship where everyone agrees on the non- essentials doctrinally, meaning those things unessential for salvation. There are some foundational/core beliefs that any local fellowship would need to agree upon, obviously. Things such as the nature of the scriptures, the nature of Christ, the character of God and a few others. But there are many things, called lesser doctrines, for the above mentioned reason, about which they would have to agree to disagree agreeably to maintain real fellowship. Is that even possible? How do you live together in church life with those lesser differences of beliefs since we all know some churches and people make issues over any difference?

I love finding people who do it. I'm posting some information I've discovered about a Church that has, I believe, produced a great example of how to do it. I've deleted any chance of identifying the Church so there will be no bias because of denomination or lack thereof.

I'll begin by showing you what they call their "Policy On Controversial Issues." It simply states......

"The people who make up__________ Church have various theological perspectives and diverse backgrounds. As ________ (our Senior Pastor) says, “We agree on enough to get the job done.” That's our policy. We do not exclude anyone on the basis of a different view on baptism, gifts of the spirit, predestination vs. freewill, or any other matter of honest theological disagreement among members of the Church. The people of___________Church are not connected because we all dot our i's and cross our t's the same theologically, but because we align ourselves with a common vision and mission as Jesus’ disciples in the city of________."

[Paul speaking]...Neat huh!! The question is, how do they pull this off? I've decided to post only one of several statements they have adopted about controversial issues that can often divide friendships if not congregations. It is a statement about the differing views of marriage generally called complementarianism and egalitarianism. Their policy says.......

"What are the appropriate roles of husband and wife in a Christian marriage? We affirm that biblical paradigm of a God-centered, agape-oriented covenant marriage relationship. We also recognize the disagreement among evangelical Christians regarding the nature of gender roles within marriage. Some believe the Bible teaches a timeless principle of male headship, where headship is defined as the model of servant-leadership exemplified by Jesus Christ. Others believe that the idea of male headship expressed in Scripture is a culturally-conditioned teaching, and that the ideal model of marriage is that of mutual submission and leadership by gifting, within an egalitarian relationship. We believe that, when guided by the principles of agape-love and servant-leadership, either model of gender roles in marriage can serve to foster God-glorifying covenant-marriages."

"To that end, we offer the following biblical challenge and encouragement."

(1) "To those couples who follow the model of male headship: Husbands strive to avoid both self-centered control and worldly authoritarianism, and seek to exemplify the self-sacrificial servant-leadership demonstrated by our Lord Jesus Christ toward his bride, the church. Wives, strive to avoid both selfish independence or passive apathy in the marriage, and seek to exemplify the active, passionate submission that characterizes the church's love for its eternal groom, Jesus Christ."

(2) "To those couples who follow the egalitarian model: Strive to avoid a marriage characterized by indecision, and seek to lead and/or follow in the various areas of your marriage as God has gifted each of you. In all things, exemplify a heart-attitude of submission toward each other, after the pattern of self-sacrificial servanthood demonstrated by our Lord Jesus Christ toward our heavenly Father."

[Paul again] Well what do you know!!. Here are some Christians who have banded together in fellowship around a person, the Lord Jesus, and the sharing of His message, instead of a set of rules or set positions on every imaginable difference of opinion theologically. Maybe koinonia IS possible in the twenty-first century Church made up of people who differ some even theologically. Just maybe! I hope so!

I think so too. Good to hear from you again.

Hi, I'm Arianna Faith Catholic Christian, I write from Italy (Tuscany) helped by the translator because I do not know English well.

It 'a short time I follow this blog, and I must say that I really like. Mr. Lei Burleson (Burleson or father) speak very well at the heart of its fedeli.E 'a pleasure to read!

As for the couple's life, our parish priest, Father Joseph teaches us that we must help each other, we need to show love every day in small gestures. Why are the concerns of every day which can stave off two people who amano.Solo with understanding, mutual respect and patience it is possible to overcome the difficulties that life will put us in front.

I hope that the translator does not change the meaning of my parole.Per this will also send the text in Italian.

I greet you with affection and esteem,

I double checked your message in Italian and the translation was quite good. Welcome and thank you for commenting. God's family is large is it not! It is good to hear from you my sister in Christ.

Paul,
Does the heart good!

"Neat huh!! The question is, how do they pull this off?"

Seems like a mature living relationship with Jesus Christ was what they were all about.

On the other hand,I know from experience, that one very vocal, angry person,loudly screaming, "That's not what the constitution says", can intimidate a large part of a congregation.

I have absolutely no idea what we might disagree about, and frankly, I don't care.

Are we supposed to?

While I have yet to find scriptural support for "male headship," if that arrangement is agreed upon by both parties, I guess it would be ok. Oh wait! That would make it an egalitarian arrangement. :)

Call me divisive and contentious, but it would be far more beneficial to hold in-house conferences to examine scripture from both perspectives and not stop until there is agreement. Truth is the goal after all.

One more thought... on paper, it sounds good (that the two arrangements can fellowship peaceably) but in reality, there will likely always be those who think the others are not understanding scripture properly.

There will always be those who are willing to assume "leadership" and those who are willing to give it, but I'm of the opinion that growth (both emotionally and spiritually) entails stretching to increase your talents and abilities as Jesus encouraged his followers to do. Stretching, encouraging, motivating, and edifying make for mature believers; not passivity.

Divisive or contentious are not two words that I would use to describe you at all. You have your understanding of some theological issues that may be different than many others, but that's not a problem with you OR them necessarily.

The reason it's not a problem is because you don't call views that you disagree with "sinful" or people who hold views different than yours "sinners."

I read MANY who do both. That's a problem.

I would suggest that even thinking of the church I've referenced by illustration as "passive" would be a mistake.

They are quite consistent in challenging the congregation to search the scriptures for themselves and take no leaders word on a subject as authoritative without there being evidenced a work of the Spirit in their lives and there being an obvious heart for being a servant to the body.

When circumstances warrant, they even lead the congregation to adopt a value statement [that's what they call them] about some controversial issues. Here is an example of two of those.

1. Can women be leaders in the church?

We affirm that ministerial authority is based upon a person’s character, calling and giftedness, not his or her gender.

2. Can people who have been divorced and remarried be leaders in the church?

While affirming the strong biblical teaching on the centrality of the covenant of marriage, we deny that any sin, including whatever sin was involved in a believer’s divorce, in and of itself permanently disqualifies a person from any area of ministry.

I think they are giving due diligence to searching the scripture, but they are also learning to live together without all having to agree with every theological line someone wants to draw in the sand and say it cannot be crossed and remain in fellowship.

More power to them I say.

I'm afraid I wasn't clear... I wasn't referring to that particular church as being passive, but rather those who are willing to "be" passive by allowing a marital partner to make all the decisions and take all the responsibility. If that is the case, that individual should be encouraged to grow and utilize their talents and abilities rather than hiding behind the "headship" mode of operating.

Every person is gifted in some areas and is responsible for using them. So that's one reason I disagree with that particular belief. But the primary reason is that nowhere in scripture do we find any command given to a husband to act as a "leader/head" to his wife. Don't know how that belief came into existence.

Anyway...allowing them to co-exist may seem admirable to some and I kinda understand that since it's come to be acceptable in some assemblies. I see it more as a compromise than a practice having scriptural support.

I do understand and apologize for not catching what you were saying. I sure do agree with your conclusion too. Thanks for commenting.