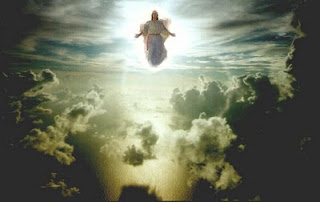 One of the basic tenets of the Christian faith is belief in the Second Coming of Jesus Christ. On this fact all evangelical Christians can agree. The disagreement among Christians has to do with the order of the events surrounding His coming.


For centuries that order has been hotly debated between people in the family of faith. Sometimes that debate has degenerated into something that has resembled a Hatfields and McCoys kind of feud. So much so that it has kept some people from even wanting to hear about the One whose coming is being debated.


Having been forgotten in all this is the fact that He's already come once to accomplish His work of the Cross and that His redemptive work is the basis of our fellowship and not eschatology.


The four main views of those second coming events are what are classically known as the pre-millennial, post-millennial, a-millennial and Preterist  interpretations of His coming.

In each of these you can find some good arguments for what is believed in that particular system. But all of them can also be shot down in some ways at least in the minds of others and what makes it worse is the fact that you can find good people who hold to any one of the four views. What is a person to do?
What is a person to do?  Permit me a few suggestions to cool the heat of debate.
First...By all means find the view you believe to be closest to the Scriptures and study it sufficiently enough to be able to say why, scripturally, you hold to it. Every Christian must decide for him or herself obviously,  but then, he or she must not fail to accept into fellowship those who may  hold to a different belief. To do less than this is to make an EVENT of Christ more significant than the PERSON of Christ. That is totally untenable for believers not to mention unscriptural.
Second... It is of far greater importance to also major on what we all can agree on so that we can be certain that we at least stand with the early Church with what they knew for sure about His Coming. This is what they believed without any doubt.
A--They believed in the fact of His Second Coming.
B--They believed no one could know the exact time of His Coming.
C--They exhorted one another to be ready for His coming for His Coming.

Third--Believe what you will as to the order of the events surrounding His coming but never fail to love and celebrate with all Christians the PERSON who has come and is coming again .

Grace even allows the Hatfields and McCoys to love one another.
Paul B.
Posted by Paul Burleson at Tuesday, April 03, 2012

Grace allows,those who are "in Christ" to lose their identity in Him and become brethren. Doesn't matter about the Hatfields and the McCoys, the Aussies and the Americans, we are all ONE in Christ Jesus, according to Paul (Gal.3:28

I’d suggest there are FIVE main views of the ‘second coming” which I am one. The fifth one being, ‘Pan-millennial’,,, It’s all going to pan-out in the end. :)

BAM...that's the sound of the nail being hit and driven home quite well. Well said.

Upon further review...I concur with the need for the fifth one and join you in being in that group. Now, with that as my premise, I will continue studying. LOL

I seem to recall someone attributing the "panmillenial" quote to Corrie Ten Boom. It has long been one of my favorites!