A RARE POLITICAL STATEMENT FROM ME AS AN AMERICAN CITIZEN___PART ONE 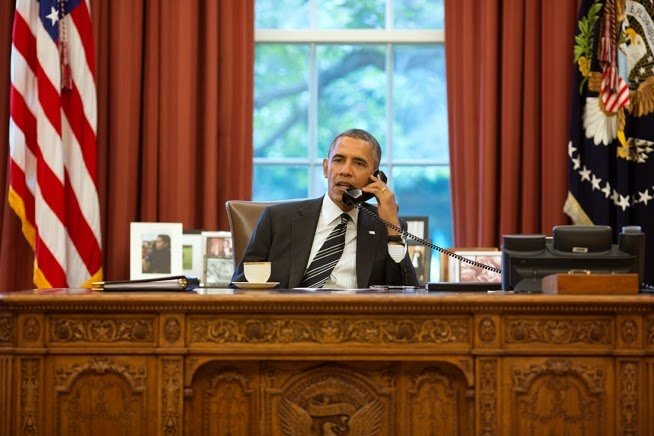 A few years back I joined and continue to be a member of a group on Facebook named  "Stop the hate directed at President Obama and his family." Why would I join this group?

It's true that as a citizen of this country I exercised my right/privilege to vote for the candidate of my choice on November 7th 2008 and again on November 7th, 2012 and on neither election day did I vote for President Obama. The simple reason was I disagreed with some of his major policy proposals.

Were someone to even hint that it was because of race that I did not vote for him they would be showing total ignorance of knowing anything about me personally, besides showing by their accusations their own prejudices. In fact, my personal choice both election cycles would have been Condoleesa Rice. I think she has more character, political savvy and perception of proper diplomacy than anyone I have seen in many a year, Democrat or Republican.

I expressed my views prior to both elections which is the right/responsibility of every citizen regardless of political party, particular race or religious creed. It is the American thing to do. It's called being a good citizen. I lost my vote both times, but found who my President was going to be each time. My President became Barack Hussain Obama. Both times. His wife is Michelle Obama and their daughters are Sasha and Malia Obama. Some of those same policies with which I disagreed back then are now being debated and some even passed. It's called political life in America.

Now I'm speaking as a Christian and not just as an American citizen. Being a Christian gives me a personal perspective that not all citizens of this country share. That is that even during, and certainly since those days of election frenzy, I have been more concerned with the people involved as people, rather than as politicians or office holders or even their policies. Why I have since the elections viewed my President with a different perspective than some citizens is because of my allegiance to Jesus Christ as Lord of my life. This places President Obama, the man and his family, as someone for whom I will genuinely express my love and continue to pray.

1 Timothy 2:1-2 records Paul telling Timothy [under inspiration] to pray for.."all men; for Kings [Presidents] and for all that are in authority; that we may lead a quiet and peaceable life in all godliness and honesty." Earlier he had said the "end of the commandment is love out of a pure heart," so if I understand what Paul is saying correctly, my life [As Timothy's] is to reflect genuine love that results in real prayer for people, including, in context, those who are leaders in the government over us.

My allegiance To Jesus as Lord of my life has, therefore, mandated that my attitude toward the President for whom I did NOT vote be one of love and prayer regularly. So be it. Besides, I've found a couple of things to be true. Love and hate CANNOT flow from the same heart and I've also found that you will love, not hate, ANYONE for whom you genuinely pray with regularity.

Then is when I joined the "Stop the hate directed at President Obama and his family" group. I joined this kind of group when George Bush was President too, by the way. I loved/love President Bush, his wife Laura and his daughters. I prayed/pray for him in the same fashion.

My prayer for peace, honesty and godliness hasn't always been granted the way I had hoped under Presidents Bush OR President Obama. But since my confidence is in the One who knows the end from the beginning and who understands real peace and godliness, I will trust that in His time, He will do His will with regards to such things. I DO know, however, His will for me is that I not only JOIN a group to "Stop the hate toward President Obama and his family," but that I be sure I STOP it in my heart first, whether the person is a President or any other person.

Here is the prayer I adapted from someone else and have used since those elections.

"I pray for Barack Obama, Michelle Obama, Malia and Sasha Obama to come to know you if they don’t already. I pray that President Obama would become the best President this nation has ever known. Guide him, protect him and help him to seek your wisdom and guidance as he faces difficult issues. I pray for his cabinet and administration and for every decision he will make for our country in these days. My confidence, however, remains not in Presidents or leaders, but in you alone.

In the Name of Jesus I ask this.  Amen."

Someone may be rightly ask, "Why are you posting this now?" My answer is simple. I'm going to post next time my evaluation of how President Obama has done and where our nation is "politically" from my perspective as an American citizen. You will need to remember this post for context.

Paul, I could not have said it better. The only difference was that I did vote for him and would again if the same people were running. My reason for not bashing him is the same as yours. Prayer is what the Lord directed from me. That is what I give. Great job. I look forward to the rest of it. Oh!! I learned years ago a prayer that fits no matter who is in office.

Lord, give us leaders that it would please you to bless. Amen.

Absolutely correct, Paul, and the wonder is that your position isn't simply the default Christian position. For all of us.

It's even sad there had to be a group such as that formed in the first place.

I have always thought that the USA deserves exactly the kind of government it elects. And we do.

I'm glad you are my brother in Christ,and blogging friend, albeit from a distance :)

Our old election saying is a basically the same as what Bob quotes.

Of course there is a Sovereign One who is calling the shots, whether we like to admit it or not.

Something to do with reaping what we sow?

I remember a time as a commander during the Clinton years when in the midst of a retirement ceremony I had to stop the ceremony when two of the participants began to laugh when the retirement letter signed by the President was read. I could either ignore it and present an atmosphere of condonement or stop the ceremony and have a discussion about the role of the Commander in Chief and the office of President. I chose the latter, though the delay was embarrasing, because it was the right thing to do no matter my personal feelings regarding the President. The same holds true for the biblical mandate of how we are to pray for our elected leaders not as an option but as a commandment. The details of my prayers should be God honoring and honest but they first must take place not to be replace by political bickering. Thank you for the timely and truthful reminder.

Thank you. I know when I post my next one you and I would disagree perhaps with the view I will present, but that matters little to either of us because the KINGDOM is priority for both of us and we love each other. That's what being brothers [spiritually] will doe for you. I'm glad.

I agree. I think it was originally formed by non-believers and that makes it a little bit sad for me as well. I think you're right on the default mode.

Spot on is what I say about your comments. You have upheld that standard again my friend.

Your words are clear, your illustration is perfect and your courage both then and now is a Joy. Thanks.

That may be Paul. But I do not worry aobut anything eschatological. No one knows. I try to daily live the teachings of Jesus. That in itself is a monumental task. How the world ends, if it ends, is way more than my mind can handle. I also learned years ago that bashing anyone is frankly not my responsibility. I am often prone to wonder why the bashers are so angry? That is what puzzles me. Keep up the good work. I will probably read and then post over on FB so I will not miss all the fun that I know is coming.

I've been pleasantly surprised by the comments both here and on FB. Thanks for joining the commenters.