A ZEAL FOR SOMETHING IDEAL 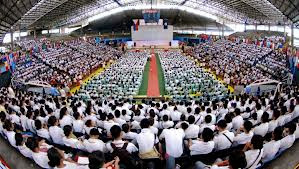 There is a great danger that can be created by those who have a zeal for the ideal in whatever venue that zeal might show up. For an illustration of this take the Church. Some would desire to bring into reality, in the here and now, what they tend to think of as the "The Ideal Church." This Ideal Church would, of course, be made up of Ideal Christians as defined by their idealism.

That idealism may be stated in such terms as purity of doctrine, [Reformed, Southern Baptist, etc.] everyone tithing, being a regular attender, having marriage vows that have never been broken, or a litany of other standards that go into making an ideal for which they have a personal and profound zeal. As you would then expect, members of that particular congregation are expected to reach that pinnacle of idealism, and only then will they be counted as being genuine. So, "what's the problem?" you ask!

Apart from it being, as someone said, "An historically proven fact is that such utopianism in thinking tends to create tyrannical leadership gripped by a specific ideologue that they believe to be THE TRUTH which only they fully understand, and few others do, and their TRUTH is used, all too often, to control the members of that particular group,"  no problem at all.

Except, when you think about it, you may have a greater problem than that when you honestly examine the clear statements of scripture, at least clear to me, that indicate something totally different than that kind of idealism was found in most of the local expressions of the Body of Christ [local churches] found in those same scriptures.

You can't read passages like 1 Corinthians 12:22-27 or the pastoral epistles for that matter, and legitimately come away with a belief that any idealism could be found in reality in those churches, or in our churches today either, or was ever intended to be found in them. Even the Ephesian Church was seen leaving her first love eventually, as the Apostle John declared in the book of the Revelation.

It may very well be that the ability to lovingly, with grace, RELATE to those who ARE broken and flawed in some fashion and ARE far less than ANY ideal relating to humankind is more what God is about in growing the Church today than many seem to realize.

The Church is NOT in the consummation stage at present. It's still in the construction stage and things tend to get dirty, broken, sweaty and painful often times in the construction of anything. Besides, the people being redeemed and brought in by the Holy Spirit who have been individually baptized [identified] by Him into the ever growing Body of Christ called the Church are people that ARE broken, dirty and in need of a whole lot of grace.

Someone has said [I don't recall who that someone is] that we all are on a continuum of His construction in grace anyway.  [Consisting of a sequence of variations.]

That someone continued, "Think of a line starting with 0 and continuing to the end seen as 10. Some are just past the starting point of 0, some are well past 0, some are very close to 8 or 9, but no one is at 10. Few are seldom found to be at the same point as others." But, here's the deal, your point on the continuum does not measure your spirituality anyway. It only measures your experience and understanding of the relational grace you live in with the God of Grace. The EVIDENCE that you are AWARE of what true grace really is may very well be your ability and willingness to bestow grace rather than judgment upon people REGARDLESS of their place on the continuum.

"The EVIDENCE that you are AWARE of what true grace is may very well be your ability and willingness to bestow grace rather than judgment upon people REGARDLESS of their place on the continuum".

Fair dinkum mate! That sentence is one of the better than best sermons, and sums up the reality of being in Christ, brings tears of joy to my eyes, and does this old heart so much good.

I'm going to start referring to you as Barnabas, for obvious reasons. Thanks.

Had a fairly long talk with a young man in my SS class today ... it had finally sunk in that God loved him, that God's grace was overwhelming, despite the faults he knew he had. He just seemed like he had trouble containing his excitement.

Is not the antithesis of grace, disgrace? Oops, was that a judgment?

Judgment or no, me thinks you correct. ;)