REAPING WHAT WE SOW

Ben Stein is a comedian, movie star, writer of commentaries on economic, political, and social issues along with being a financial advisor. [Not always with the best advise.] He wrote the following in 2005 for a CBS Sunday morning commentary and I found it interesting. I guess he would say he believes the same way today. The "reaping what we sow" is certainly true today. 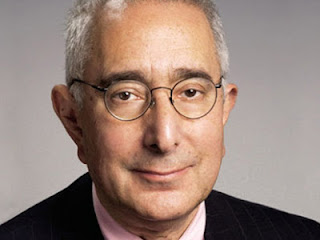 My confession: By Ben Stein

It doesn't bother me a bit when people say, 'Merry Christmas' to me. I don't think they are slighting me or getting ready to put me in a ghetto. In fact, I kind of like it. It shows that we are all brothers and sisters celebrating this happy time of year. It doesn't bother me at all that there is a manger scene on display at a key intersection near my beach house in Malibu . If people want a creche, it's just as fine with me as is the Menorah a few hundred yards away.

Or maybe I can put it another way: where did the idea come from that we should worship celebrities and we aren't allowed to worship God ? I guess that's a sign that I'm getting old, too. But there are a lot of us who are wondering where these celebrities came from and where the America we knew went to.

In light of the many jokes we send to one another for a laugh, this is a little different: This is not intended to be a joke; it's not funny, it's intended to get you thinking.

Billy Graham's daughter was interviewed on the Early Show and Jane Clayson asked her 'How could God let something like this happen?' (regarding Hurricane Katrina).. Anne Graham gave an extremely profound and insightful response. She said, 'I believe God is deeply saddened by this, just as we are, but for years we've been telling God to get out of our schools, to get out of our government and to get out of our lives. And being the gentleman He is, I believe He has calmly backed out. How can we expect God to give us His blessing and His protection if we demand He leave us alone?'

In light of recent events... terrorists attack, school shootings, etc. I think it started when Madeleine Murray O'Hare (she was murdered, her body found a few years ago) complained she didn't want prayer in our schools, and we said OK. Then someone said you better not read the Bible in school. The Bible says thou shalt not kill; thou shalt not steal, and love your neighbor as yourself. And we said OK.

Then Dr. Benjamin Spock said we shouldn't spank our children when they misbehave, because their little personalities would be warped and we might damage their self-esteem (Dr. Spock's son committed suicide). We said an expert should know what he's talking about. And we said okay.

Now we're asking ourselves why our children have no conscience, why they don't know right from wrong, and why it doesn't bother them to kill strangers, their classmates, and themselves.

Probably, if we think about it long and hard enough, we can figure it out. I think it has a great deal to do with 'WE REAP WHAT WE SOW.'


Whether you agree or disagree with his politics, financial advice, comedy, or even his commentary, one has to wonder if the "We reap what we sow" part that Ben Stein mentioned should not be remembered on occasion. It's a biblical truth that cannot be denied.

Interesting post, Paul. I have very mixed feelings about the teachings about reaping and showing. I think my understanding is correct in that it's similar to suffering the consequences of one's actions. Is that right?

So I see, understand, and agree with this principle in an individual's life. No question. But when it's applied to our nation, my confused face surfaces. Huh??

For example, I didn't agree with Madelyn O'Hare's rant about God. I didn't ask for Him to be removed from schools. I didn't object to seeing mangers in front of government buildings. Nor, I assume, did any other Christian. So why does the "reaping" principle apply to us?

I actually think it's a little unreasonable to expect unbelievers to pray to my God in school. But in reality, they can't stop me from praying. I pray everywhere. And I can erect a manger on my front lawn at Christmas. I still say "Merry Christmas" during the season. But I don't object to others saying "Happy Holiday" either.

Am I wrong in my thinking? Who did the sewing and who's doing the reaping? Unbelievers?

Sorry if this sounds confusing, but that's because it is...for me. Hope others can clarify some things for me.

A lifetime ago, when I was at school I learned Newtons law that "For every action, there is an equal and opposite reaction".

That is a natural part of the complexity of God's handiwork.

The enormous number of cause and effect mechanisms in the function of our world is staggering.

I couldn't begin to count the number of people who came to me complaining, even crying, over something that has happened in their lives. After discussing the matter, almost always, we discovered there was some word,or action from them which sowed the seed for the problem.

Did God actively cause the tornado? No one on the face of this earth can say, one way or the other!

Did God actively create a beautiful world, and its intricacies which can sometimes lead to such catastrophes like earthquakes, cyclones, droughts, floods, the latter three which we commonly deal with in Australia? Absolutely!

Was Paul right when he said, "All have sinned and come short of the glory of God"? Right on!

That's the reason for much of what Ben Stein mentions.

Paul, I'm content to let God be God when it comes to natures vagaries, and I suspect you are too.

Good comment and I completely understand how there can be some confusion about it. I don't pretend to have all the answers or even one that will put your mind at ease, but I will share what I tend to think.

First of all I do not believe at all that you can be kept from praying in school [praying with heads bowed and eyes closed and saying words out loud isn't necessarily real prayer anyway.] and I certainly do not want a school sanctioned prayer. I don't mind ANY ONE calling it whatever they wish, holidays, Christmas, whatever. I don't agree at all with every illustration Ben Stein uses either.

What I do agree with is the principle he introduced in his commentary that if a people or society decides, however decisions are made in that society, to forget the value of believing in God or the sacredness of life or the value of people, then don't be surprised when the young in that society grow up with no belief in a Supreme Being, devaluing the sanctity of human life and devaluing people.

It is different depending on which you are talking about. For example, my reaping my personal choices may not impact you at all, yet that would not be true of an entire culture where innocent people can be impacted by that culture's decisions however those are made for the group.

But "law of the harvest." "Whatsoever a man [person/society/nation] soweth that shall he/they also reap" is a reality in this fallen world.

By the way, I heard someone say, "We reap WHAT we sow, [sow wheat you don't reap barley] MORE than we sow, [one seed produces multiple seeds] LATER than we sow. [harvest comes after gestation] I think that would be true of individuals or cultures. I would not want our society/culture to forget that.

The essence of Grace which makes us new people is we DON'T reap what we sow. That harvest was born by another and as Christians we benefit from what Someone else has sown in super abundance.

But still now, while in this natural fallen realm, that harvest principle is still at work and we, as Christians, abide in both realms. It truly is a bit of mystery as to how to live in both trusting in His grace and yet recognizing our ability to walk after the flesh.

This...."The enormous number of cause and effect mechanisms in the function of our world is staggering." is quite true in my thinking.

This....."I couldn't begin to count the number of people who came to me complaining, even crying, over something that has happened in their lives. After discussing the matter, almost always, we discovered there was some word,or action from them which sowed the seed for the problem."....as well.

I would have to print the entire comment were I to print my favorite part. Thanks.

I think we agree on the principle of reaping and sewing in terms of individual choices and decisions. And while I'm still digesting some of what you shared, this in particular has made sense for me in the context of reaping & sewing:

...yet that would not be true of an entire culture where innocent people can be impacted by that culture's decisions however those are made for the group

Thank you for taking the time to share your understanding with me. I do appreciate your posts.

By the way, I have been greatly blessed by your comments not only here but a number of other places where I read, but say little. What you've said at those places I've appreciated. Thank you very much for that.