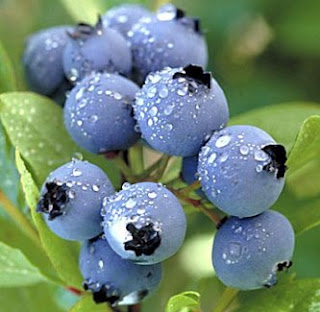 Have you ever wondered what the Fruit of the Spirit called love, joy, peace, long-suffering, gentleness, goodness, faith and self-control" in Galatians 5 really looks like? I think it looks like boundaries. Let me explain. It will take a while.

I think it might be fair to say that when it comes to understanding boundaries there should be no "one size fits all" kind of thinking. We are all from different backgrounds, at differing levels of maturity and possess different kinds of personal baggage. So, as I give my own understanding of the practice of boundaries, with illustrations, you would be wise to read it as testimonial rather than teaching. It may take much thought and some time for you to grasp your own boundary concepts.

My desire is that my journey and information will be something of a beacon for the journey you might have to take. But my understanding is based on Galatians 5:22-24.

There are generally thought to be two categories of boundaries in relationships that are important to understand. External boundaries are one and internal boundaries are the other. The external boundary idea implies that there is a line for every person that is not to be crossed physically without permission. Much as the boundary between two nations like America and Mexico. Each nation is responsible to enforce the mutually agreed boundary that both have for a healthy relationship to exist. [We're not doing too well at present are we!]

To bring this to personal relationships, it speaks of where your skin is the beginning of your personhood and you take personal responsible for giving permission for anyone to touch you. If someone strikes you, physically abuses or assaults you, they have crossed a boundary and that is as much an act of aggression against you as it was for Germany to invade Poland in September of 1939 or Iraq to invade Kuwait in August of 1990.

This is commonly understood and accepted so we have laws to protect us against that kind of invasion and ways to deal with that kind of aggression. [Spousal abuse laws, rape laws, assault and battery, etc.] It would be wise for all Christians to see that we are free to use those laws for our protection when and where this kind of thing happens, even in marriage, since 1 Peter 2:13-15 doesn't make marriage an exception to this command written to Christians.

Internal boundaries are, however, a different kind of thing, but just as real. They are more subtle and more easily misunderstood and even dismissed by many people to their own pain in relationships.

Internal boundaries are themselves best thought of as falling into certain categories. I found these in previous reading and study and have adapted them for my own use. Trust me, I've violated every one of them in my experience of growing.

The two columns below show what the boundaries internally are and the kind of words, talk, or actions that do, in fact, violate those boundaries. When someone makes assumptions about another’s internal state that person crosses an internal boundary and there will be consequences. Those consequences are broken relationships internally whether that brokenness is ever admitted orally or not.

As someone I read said, " Boundaries are respect in action. Any time we speak to another person as if we know what they are thinking, feeling, or should think or feel, we cross a boundary. Crossing those boundaries always causes trouble. Just as violating a external boundary can lead to conflict, violating an internal boundary can lead to anger or disruption of a mutually respecting relationship."

Now for the Kicker. And I think it is quite a kicker. Be honest with yourself as you answer this question. As you have read what has been written in these last four post on boundaries, were you basically thinking, "Well, this sure speaks to some of the people I know who don't respect boundaries as proven in the way they treat me."

If your answer is "yes," you may be in danger of missing the main point or issue. I don't want any of us to miss the point, writer included, so let me say it very carefully...

The main point of boundaries... that are so necessary for healthy relationships... is that I... can discern my own motives, thoughts, intents, feelings, and actions... toward other people...so I will not be a boundary violator and relationship destroyer.

It is true that on occasion I may have to deal with someone else overstepping a relational boundary with me, but it is not God's purpose for me to try and control or change another person. My goal is not changing others but it is to "be" to others what God is "being" to me in terms of our real relationship.

In our relationship He is never demanding. He is never a control freak. He loves me enough to let me suffer the consequences of my own choices while, at the same time, never acting on the basis of what I might demand of Him. He never forces me to think or act a certain way.  He loves me too much to do that, and He could if He chose to. But He has a real love that is revealed in genuine self control. [That kind of love and self control are the fruit of His Spirit working in me as well.]

So now... re-read what has been written about external and internal boundaries and their violation with that in mind.

Do I refuse to violate anyones external boundaries? [Refuse to physically abuse anyone with whom I'm have a relationship]

Do I try to tell people how they should or ought to feel or, worse, do I say that I totally understand how they feel when no one possibly can? Do I tell people their feelings are wrong?

Do I assume I know what someone is thinking or wants without asking them? Do I assume or assign a motive to people? ["You're saying that because you think...Blank..."]

Do I negate a person's thought which they are expressing by giving my own without any interest in what they've just said? Do I speak for my wife [Or husband or kids] by assuming she [They] will do something because someone asks me... "Will you...blank..?...and I say "Sure we will."? [Thus, speaking for another person.]

Do I say to a person "If you don't believe this doctrine exactly the way I state it to be true, you are probably not a Christian. In fact, you obviously are a heretic."

Of course boundaries help protect from abuse in relationships and help bring about fulfilling relationships where honored, but, hear this now, our goal in life is not, ultimately, self-protection, or self-fulfillment.

Our goal in life is to present the truth about a relationship with God that has been provided in the person and work of His Son, our Lord, Jesus Christ, and presenting that message not only with our lips, but with lives that back up what we say about love and grace.

All this is possible only within the boundaries of personal responsibilities that begin with repentance and faith toward God and then by respectfully living in godly relationships with others as we give an answer for the hope in us.

In times of no persecution, Christians can speak that gospel freely for which we're grateful. But believability will come primarily as people see the truth of what we say in how we act within relationships.

In times of persecution, where no one cares about the gospel, much less boundaries, and even hate Christians, the question becomes are we able then and even willing to lay our lives down while people walk all over God's Truth, including boundaries?

Our Lord did this when He was on this earth. He had His boundaries, but chose to suffer when God's purpose for Him was greater than any violated boundary. This, because being true to our first relationship, is most real and more significant than any other, including family.  So, we too, would be willing to suffer for the cause of the Kingdom.

It is this that enabled the people of Hebrews 11 to be willing to die rather than deny their faith and trust in God. But I will not get to that place in my walk of faith until and unless I am willing to live out boundaries that are revealed in my "Core values" right now. It is my relational core values that make my relationships real. [It is this that is real dying to one's own flesh IMHO.]

Remember what those relational core values are?

One---I'm created in His image, as is every human being, and have been created to have a real and healthy personal relationship with Him, myself, and others. Relationships are to be emphasized in that order.

Three--That image includes my body, mind, emotions, will, spirit, in other words, my total person. His Spirit has set me free to exercise, in freedom, all faculties that make up that image recognizing the ever present sin principle in me that remains until the resurrection.

Four--Any relationship that would rob me of personal responsibility for any portion of my personhood as a Christian is to be questioned and seen as unhealthy, if not harmful!

Six---The overriding purpose in my having other relationships, whether marriage or church or friend, is so I can mirror what He and I have together relationally. In order to be to others what He is being to me, it is essential that I not ignore the boundaries that are necessary for other relationships to be, in fact, healthy and mutually satisfying, rather than unhealthy and controlling.

My prayer is that this far too long and wordy blog series about boundaries will help light our way. mine included.

During my formative years leading to pastoral ministry, the common thread regarding congregational relationships revolved around the assumption that we would be leading a bunch of ignoramuses, who needed a firm hand and big mouth laying down the Law/rules/regulations.

It went against the grain for me, as some who knew me later remarked, but I persevered. After all, surely our teachers were right!

I took me too long to realize that the Biblical model was far different, and that there would be far less difficulties and conflict, which abound in most churches (such as in the SBC), and finding much shameful public comment.

My eyes began to be painfully opened as I began to understand the Body of Christ, as the New Covenant people of God rather than an extension of the Old Covenant.

This took on a whole new world of meaning, "This is my beloved Son; LISTEN TO HIM."

I hadn't developed a personal list such as that exemplary one you have shared, but I did realise what you shared in your point six,that I was to be an example of, as well as teach,in your words, "what He and I have together relationally".

It would be good if your very wise article was required reading at some denominational seminaries and colleges.

On that list I gave, #5 is down the line but, for me, it may very well be closer to the top in terms of importance. When I finally saw the truth of the New Covenant and that the bible is NOT a book about "doing" but "being", it was revolutionary for me.