ON A PERSONAL NOTE

Mary and I have just concluded a five day trip to California where several events and people merged to make it one of our more memorable times traveling together. In the unlikely event that anyone is interested in things of a personal nature I thought would I put some thoughts up on my blog about it all. If personal things are anathema to you, continue your journey on the Internet to other sites more fitting for your tastes.

One thing we experienced was the renewing of the marriage vows for a couple, Russ and Stacy Ortiz, whom I was privileged to unite in marriage a few years back. He is recently retired from baseball after ten years in the major league beginning with the San Francisco Giants. In fact, he pitched in two world series games in 2003 for the Giants. [Google Russ Ortiz and read about the sixth game of the World series that year.]

Their three kids participated and it was a great testimony of the grace of family values having first place in a modern couple's lifestyle. Their parents are special people and Russ and Stacy are also a testimony to a strong Christian network alive and well in major league baseball today.

Then we stayed on an extra two days to visit some friends. First was Mike and Judy Carlisle in Oceanside Cal. They were on our staff at Southcliff Baptist in Fort Worth in the late seventies and early eighties. What an absolute delight to see them and Mike's mother Angie who is now 92 yrs of age. One of their three sons, Eric, came down to see us with his wife and two daughters. I set spellbound as I listened to two young people who know the Lord and have a worldview that is Kingdom oriented reflect on an honest hunger for reality in the Lord.

Mike is heading up VisionSanDiego, a ministry begun by NAMB, and now independent and empowered by the Spirit in fresh exciting ways. Mike and Judy are both testimonies to growing in true Grace and having a journey that reflects that grace. It was a visit that spoke to family realities [They truly are family] in the Kingdom that never are lost by the passing of time or separation by distance. We sat for over nine hours enjoying food, laughter, hugs, and reminiscing about the past and speaking of all things Kingdom. The proverbial "Come back" invitation will be one of those that will be accepted delightfully.

We got up early, hugged again, and set out to visit two nephews, [Sons of two of my favorite people, Mary's sister Jenny and her husband Tom McMonigle.] John and Mace McMonigle. We met them at Pelican Hill Resort in Newport Beach California and shared a breakfast and hugs. [Lots of hugging went on during those five days.] It's hard to communicate how close two young men can be to you who are not your sons, but might as well be because of how deep our love is for them. It just was a special moment for Mary and Me.

Then, to cap it all, we arrived during the conclusion of the worship hour at Conejo Church pastored by Rex and Sherry Holt in Newbury Park California. Words fail me to describe Mary and my heart for all things that have to do with Rex and Sherry Holt. We were privileged to give them their first staff position following Seminary in 1970. We traveled to two different SB conventions and still laugh at the greatest comical experiences two couples could ever have together. They have since pastored several churches, starting two, and served as missionaries appointed to Logos West Africa. Their story of bearing children is one for the ages.

Seventeen years of marriage did not see conception and trying to adopt several times never as successful and during this time they applied to the IMB of the SB. They were appointed to student work, Having no children would assist there and, in fact, was essential. But as they accepted the appointment they were called because a child had been found for them. With tears, questions, heartache, and a host of emotions, after prayer and conversations with friends, they turned down the adoption and accepted the appointment. Childless but full of Jesus they went to Africa. The ministry went beyond their wildest expectations.

One day the African members of their fellowship told them they wished to lay hands on and pray for Papa Rex and Momma Sherry, as they were called, to have a child. [They were called Papa and Momma because the students told them they were their spiritual children.] Rex and Sherry testify to their hesitancy because of the potential of damaging their faith but the church reminded them they had taught them to ask God believing for any needs. They could not be persuaded otherwise in this situation. So pray they did believing God for a child. [You need to know that every kind of birthing possibility had been explored medically in the past.] Well, God answered the prayers of that African church. Since that day Sherry has given birth to three children all of whom bear and african middle name and are now adults serving the Lord. I sit here right now in tears with a smile on my face because of the magnitude of this in the lives of all who know and love Rex and Sherry. We laughed, talked, ate, and did I mention hugged?

Mary and I woke up early Monday to a plane trip home with our minds and hearts filled with rejoicing over the Ortiz, Carlisle, McMonigle, and Holt families and the knowledge that we share a life with them. I'm tired but refreshed from being in Southern California and with people that I love deeply. I thought some of you might be interested.

All of this we experienced DURING one of the more stressful times for the Burleson family as you've probably read on wade's blog. I will conclude by thanking all of you for your notes, e-mails and comments of concern and prayer during this entire episode as described by Wade so well. The Kingdom family truly IS incredible. 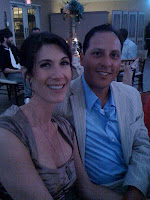 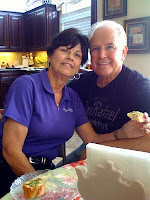 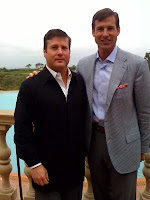 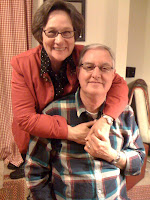 Every time we have reunions like the ones you described, I can only think that heaven must be like that x 1000! (Maybe more. ;))

Thank you for this report of your trip.

As I am unable to travel far, I can be reminded afresh, by such stories, of times gone by.

I LOVE your words! I LOVE your heart more and I LOVE being a part of your journey, Dad! LOVE YOU!

Boy did you nail it!!

Thank you for commenting and, what the commenters may not know is, you're not only my daughter but my heroine as well.

[Definition..."Heroine... Noun...a woman admired for her achievements and qualities"...and I have to add her spiritual hunger and growth and a ton of other things.

Thanks for sharing...I'm a lover of Lincoln, "our most eloquent president". So glad to see this.